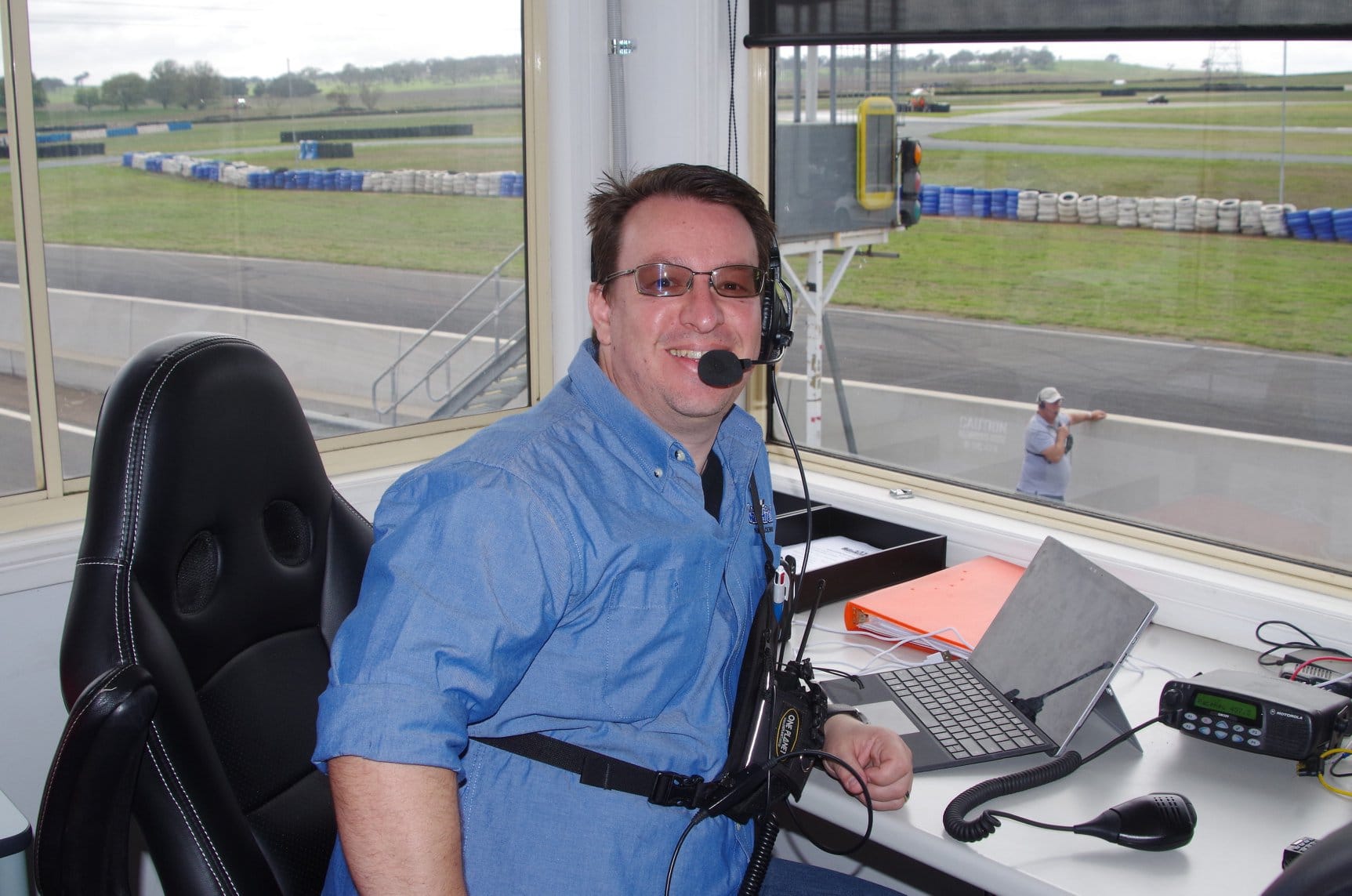 The team of volunteers – including flag, grid and pit-lane marshalls, pit lane marshalls and race control officials – were instrumental in ensuring the 13 June “COVID Comeback” MRA round was a success, and will be trackside for the next MRA round this Sunday, 5 July.

MRA Clerk of Course Nick Goring said it was an amazing feeling to be back in the control tower at the June round.

“Going to motorsport events and volunteering as an official is the thing that gets me out of the house and large events like MRA are ones I look forward to with gusto,” Nick said.

“After being away from the track for a few months, I couldn’t wait for the last MRA round and I’m excited for this weekend’s one as well.

“The comeback MRA meeting was a big day – the format was different from what we were used to, but I enjoyed pushing through such a large volume of competitors in an orderly fashion.

“Overall, the race meeting ran smoothly but it wasn’t without its tough moments; there were a few crashes including a big start-line shunt in one of the races.”

Nick explained there have been some challenges associated with running motorsport events in the post COVID-19 era.

“With social distancing restrictions, we’ve had to spread people out – for example, we can only have one official on each flag point,” he said.

“We’ve also had to be innovative with the way we’ve done safety briefings for both drivers and officials; I’ve been doing it with a handout and a video.

“Terry (Denovan) has been masterful with the way he’s put the event schedules together, to ensure there aren’t too many people on site at any one time.”

The enthusiasm of officials in volunteering at race meetings has created an oversupply, but Nick described it as a good problem to have.

“The MRA events have always had a terrific family culture with a relaxed atmosphere, so it’s not surprising we have so many people wanting to volunteer at them,” he said.

“I won’t lie – with these MRA events, my phone has been running hot with people wanting to volunteer, which is just fantastic to see. It does create a few challenges, especially with the social distancing regulations, but we’ve found ways of overcoming those challenges.

“We’re rotating people around and giving them a chance to work in different roles. That way, our volunteer officials are able to learn new skills, which will benefit the sport as a whole.”