A proactive advocate for Australian military veterans has been selected as the inaugural recipient of the LT W. Robertson Memorial Award, an accolade supported by the AASA Chairman, Bruce Robertson and his siblings.

Michael Marson was last week presented with the award by Stephen Robertson, which recognises a person or entity that has displayed outstanding support to veterans within the Queensland off-road racing community, including the RAEMUS Rover Racing veteran therapy programme. 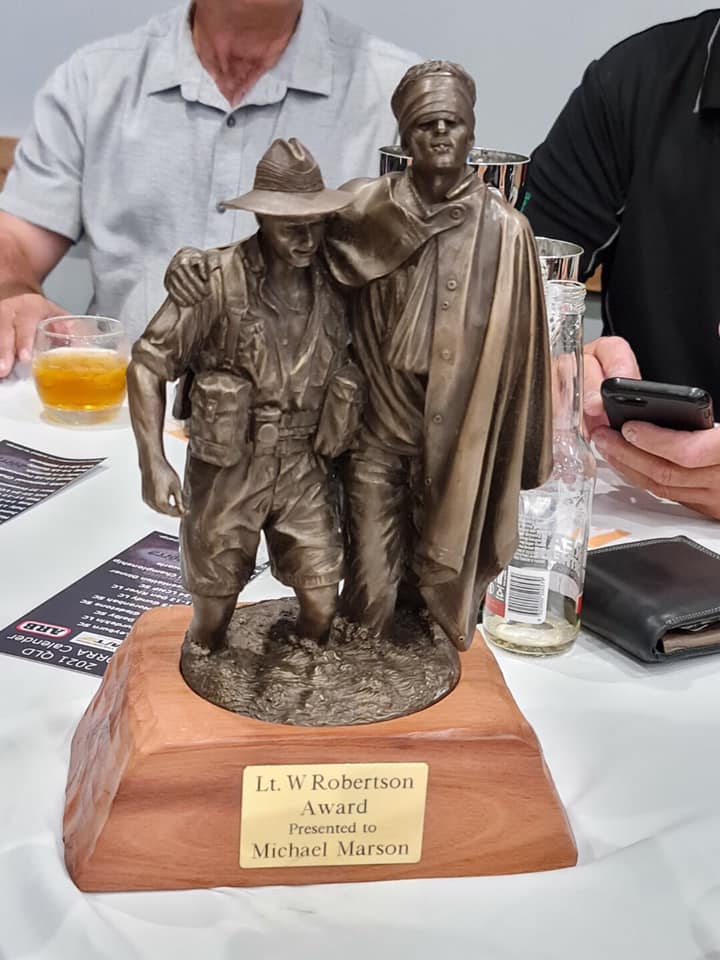 The AASA is already highly regarded for its work in the mental health space, selecting the Drive Against Depression organisation as its official charity partner. According to Robertson, the AASA’s continued expansion into off-road racing sanctioning presented an opportunity to support another worthy cause.

“Both mental health and post-service veteran support are community needs close to my heart,” Robertson said.

“As a community pharmacist, I’m very much at the coal face when it comes to mental health matters- often we’re the first port of call for people who are struggling with these issues.

“My father, William Robertson, served as a lieutenant in the Australian army in World War II, working on operations in Papua New Guinea and the Battle of Guadalcanal. His influence, via his interaction and support of fellow veterans in the later years of a very long life, has certainly given me an understanding of and insight into the specific challenges of military veterans returning to civilian life – the adjustment needed can be profound, and generally misunderstood by the community.

“Ian Baker and his team have recognised some of the issues faced by military veterans and have put together the RAEMUS Rover programme, which uses off-road motorsport competition as an environment to give those who have served our country a pure adrenaline experience.

“The AASA is proud to recognise the connection of our participants, and publicity given to activities such as the support of the LT W Robertson Memorial award, in recognition of those who have made significant contributions to RAEMUS Rover and other veteran support initiatives.”

The man behind RAEMUS Rover is Ian Baker, himself a veteran, who founded this specific program in 2012; he has built on a veteran participation legacy in off-road racing that goes right back to the 1970’s.

“I saw the opportunity to use my interest in off-road racing to create a peer-to-peer reintegration and rehabilitation programme that would be exciting and fun for the participants,” Baker said.

“When we started the programme, one of the first people to sit in our race car was Curtis McGrath, who lost his legs in a war-zone blast but went on to become a very successful Paralympian.

“Since then, we’ve continued to develop our programme and it now runs for 10 months a year. Our events run in a bush environment, so the participants have very comfortable surroundings and they can camp with their friends and family.” 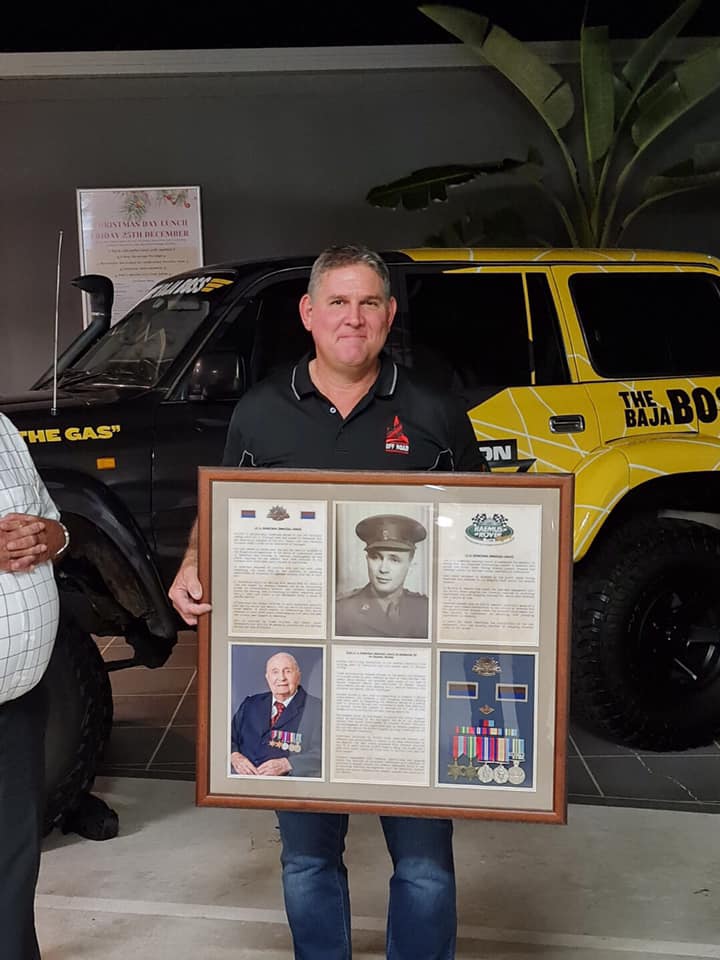 Baker said the LT W. Robertson Memorial Award is a timely initiative to acknowledge those who have contributed to veteran rehabilitation.

“There are some fantastic people in the off-road racing community who have gone well beyond the call of duty in helping our veterans and we’re thrilled that Bruce and his family have supported this award, enabling us to present the recipients with a military citation,” he said.

“Our inaugural winner, Michael Marson, has had a long history of involvement with veterans; he played representative rugby with many veterans in Townsville and lost a number of friends.

“His efforts single-handedly enabled us to set up a regular visit programme in North Queensland; he has been inspirational in the way he has selflessly supported those who have fought for our nation.

For instance, he went out of his way to reconfigure an off-road racing vehicle for one veteran who had lost his leg, so he could continue to race. That’s just one of many examples of Michael’s amazing contribution to the community.”

The RAEMUS Rover programme will continue in 2021, with 11 events planned over a 10-month period including visits to North Queensland, activities at the Willowbank facility and challenge events at state and club off-road rounds.