NATIONAL TITLES TO BE DECIDED AT WINTON AMRS ROUND

NATIONAL TITLES TO BE DECIDED AT WINTON AMRS ROUND 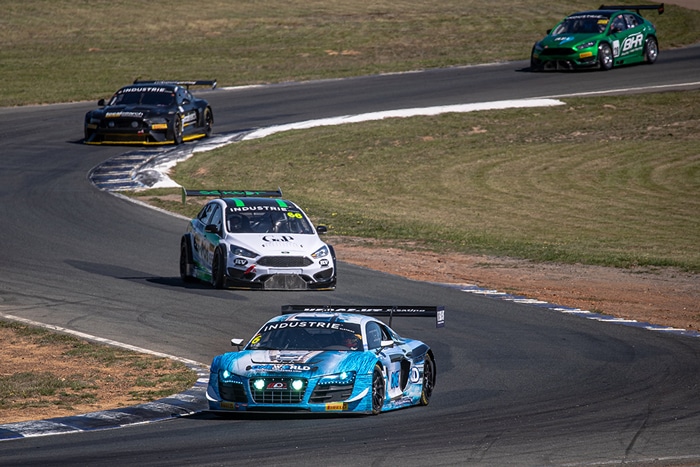 National champions will be crowned in several different national categories when the Australian Motor Racing Series (AMRS) returns to its spiritual home, Winton Motor Raceway, for the final round of 2019.

The series started at Winton in March, and has since visited Morgan Park (Queensland), Tailem Bend (South Australia), Sydney Motorsport Park and Wakefield Park (New South Wales) and returns to the nation’s action track for the season finale.

One of the categories that has produced a captivating title contest has been the GT-1 Australia Series, which features exotic sports cars from manufacturers such as Audi, Porsche and Lamborghini. The GT-1 championship is set for a grandstand finish, with just seven points separating leader John Morriss (Porsche 911 GT3-R) from second-placed Matt Stoupas (Audi R8 LMS).

Another category set for a blockbuster title showdown will be the Thunder Sports Cup, which is open to a diverse array of vehicles with varying degrees of modification. It typically attracts fast and exciting cars with V8s or turbo engines, and in 2019 it has been the V8 machines that have reigned supreme, with Mark Tracey (BMW 3 Series V8) carrying a seven-point advantage over fellow Albury driver Cory Gillett (Nissan Silvia V8).

The battle for third in the championship is also alive, with Matt Sears (BMW) within striking distance of Merrick Malouf (Falcon Ute).

Before the previous round at Wakefield Park, the Miniature Race Car Series looked like it was shaping up for a grandstand finish between defending champion Craig White and perennial front-runner Chad Cotton. However, a DNF for Cotton enabled White to increase his points lead, and he can secure back-to-back titles with consistent results in this weekend’s races.

During the Winton event, the Miniature Race Cars will also launch the new Mini Muscle Car class. The concept, which features scaled-down replicas of classic Australian muscle cars, is sure to generate plenty of interest from competitors and enthusiasts.

Also on the program will be the crowd-favourite Stock Car Series, which is open to US-imported vehicles that previously competed in the world-famous NASCAR series. Watching the drivers wrestle these big, heavy machines around a tight and technical track like Winton is always an entertaining spectacle.

For fans of old-school machinery, Porsche Classics and Group S Historic Production Sports Cars will be a part of this weekend’s race meeting, as will the Aussie Racing Utes Series, for superseded Commodore and Falcon V8 Utes.

Tickets will be available at the gate with admission $15 for Saturday, $20 for Sunday and $30 for a two-day pass, with children under 16 free of charge.

The AMRS provides a platform for categories to race at a national level, with the professionalism of a dedicated team of officials and management staff who travel to every event, and the exposure of a media package that includes online and televised highlights of each round, along with live streaming.