A huge field of 44 cars will line up on the grid for this weekend’s Pitcher Partners Sydney 300, taking place as the headline act at Round 3 of the AASA-sanctioned MRA (Motor Racing Australia) State Championship at Sydney Motorsport Park.

The Sydney 300 is the second event in the three-round Australian 1000 endurance series, which also encompasses the Wakefield and Winton 300s.

The formula for the Sydney 300 adheres to the same philosophy that has made the 300km endurance races so popular for state and club-level motorsport – an open eligibility list that allows a wide range of (mainly production-based) tin top race cars to participate and a division system that categorises vehicles based on their lap times rather than their mechanical specifications, to ensure a diverse array of cars are able to compete on a level playing field.

The compulsory pit stop system, which places a minimum mandatory time requirement on all pit stops, also minimises costs for competitors by enabling cars not equipped with dry break refuelling systems to participate in the event.

This Saturday night marks the second running of the Sydney 300. The inaugural race in 2019 was an absolute thriller, with the typical endurance race attributes of dramatic storylines, as well as tales of triumph and woe.

Herring is arguably the form driver heading into this weekend’s race, having also taken victory (alongside Verne Johnson) in February’s Wakefield 300. However, in terms of outright challengers, he will battle some stiff opposition from the very fast BYP Honda brigade of Benny Tran/Matt Longhurst, who will be desperate to redeem themselves after a late mechanical issue cost them victory at Wakefield Park.

Other outright contenders include the Adrian Wilson/Andre Nader BMW M4, the similar BMW of Anthony Soole/Andrew Smith and Lotus Exige of Glenn Townsend. 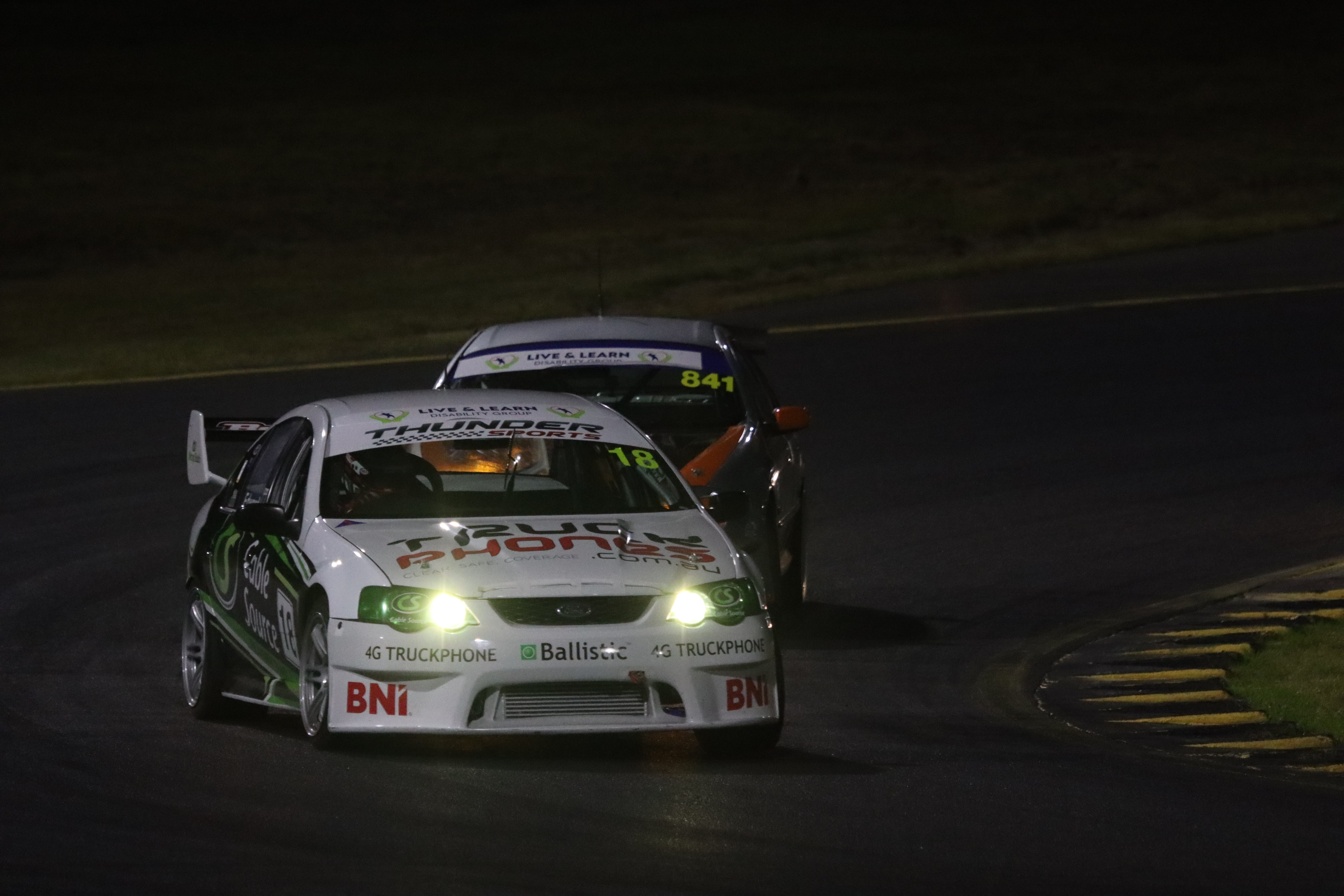 There are also some fast all-wheel-drive machines, including the Mercedes A45 AMG of Michael Sheargold/Ryan Godfrey, which won Class A1 at this year’s Bathurst 6 Hour, and talented youngsters Jimmy Vernon/Harrison Gray in a Mitsubishi Evo X.

Outside the overall battles, there will be class contests on in earnest, with an assortment of Pulsars, Toyota 86s, BMW E36s, Mazda MX5s and Mazda RX8s all set to do battle.

There is even a father/daughter combination, with Tony and Corrine Virag teaming up in a VF Commodore SS.

The Sydney 300 will take place under lights, with an expected start time of 7:30pm, and will be streamed on Blend Line TV.