It’s a fan-favourite category, it always produces epic racing and it’s going to be out in force at AASA events in 2021: yep, that’s right folks, the Australian Super Truck Championship is back!

The big rigs have not turned a lap in anger since the final round of the 2019 season at Wakefield Park, but according to Super Trucks Australia President Charlie Zammit, the COVID-19 pandemic has had some benefits for the series.

“By the time we get to the first round of our 2021 season in April, all the trucks will have been off the track for 18 months,” Zammit said.

“The long break has given everyone plenty of time to rebuild and develop their trucks, so we’re expecting a lot of teams to come back faster and more reliable. There are also several new trucks that have been built, and some that have been sold to new owners. We’re expecting some of the strongest fields we’ve had for years.”

Zammit has been involved in the truck racing game for 32 years. During that time, he has seen legends of the sport like Rodney Crick, Inky Tulloch and Bob Middleton come and go, and he’s seen his own son Steven Zammit win six Australian and two New Zealand truck racing titles. But he said one thing in the category has remained constant – the camaraderie.

“The reason I’ve been involved in truck racing for so long is because of the people,” Zammit said.

“On the track, all the drivers are unbelievably competitive and will do anything they can to try and win, but in the pits, there’s an amazing spirit of co-operation with everyone helping each other.

“I’ve seen plenty of emotional moments during my time, but the one that stands out is the final round of the 2014 championship at Wakefield Park.

“Frank Amoroso was going for his first championship victory in 26 years of racing; he had a mechanical problem in one of the races and everyone chipped in to get him back onto the track for the final race.

“He ended up winning the championship and the emotion in the pits afterwards was unbelievable – there were all these big, tough men bawling their eyes out because he had finally done it.” 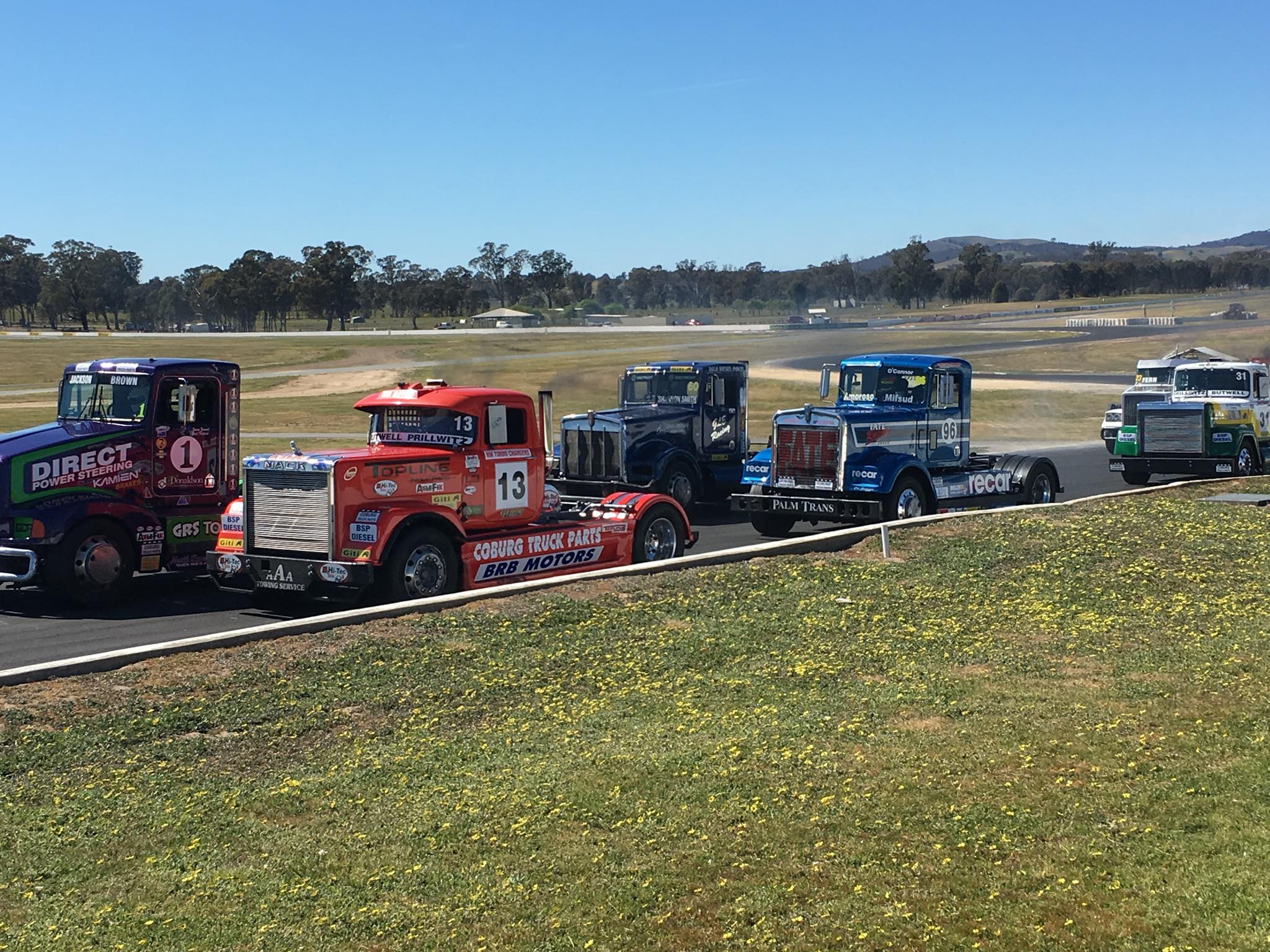 Zammit said the relationship with the AASA has been nothing but positive for the category.

“The support we’ve had from the AASA has been second-to-none, especially where we’ve needed help with tasks like writing regulations,” Zammit said.

“It’s been a simple process to have our regs approved and then make them available for all our competitors to download. It’s exactly what categories need – having access to people with the right expertise, who know all the technicalities.”

Heading into the 2021 season, Zammit named a long list of title contenders.

“This year is shaping up to be a really competitive championship. Shannon (Smith) will be carrying the #1 plate, in recognition of his 2019 title and I know he really wants to go back-to-back. Steve will be up there, the Mack Superliners of Barry Butwell and Marcus Prillwitz have shown good form recently and Frank has done a lot of work on his truck over the break – he’s desperate to win another title.

“Robbie Fern is a dark horse as well – his Volvo was very fast in 2019 and he scored his first round win.”

One of the most popular features of truck racing for fans has been the reverse-grid races, where the fastest drivers fight their way through from the back of the field. Zammit says these will most likely return in 2021.

“One of our priorities is putting on a good show for our audience and reverse-grid races always produce plenty of action,” he said.

“Between Wakefield Park and Winton, we look forward to providing everyone with some terrific entertainment.”