The MRA (Motor Racing Australia) Series has become one of the most popular club-level racing series in New South Wales. The emphasis on fun, affordability and friendliness has seen the series attracting large numbers of competitors across a wide array of categories.

The man behind the series, Terry Denovan, is a passionate advocate for grass roots motorsport and as he explained, his motorsport journey began through a family friendship.

“Mark Morsillo was a family friend, and a member of the Triumph Sports Owners Association,” Denovan recalled. 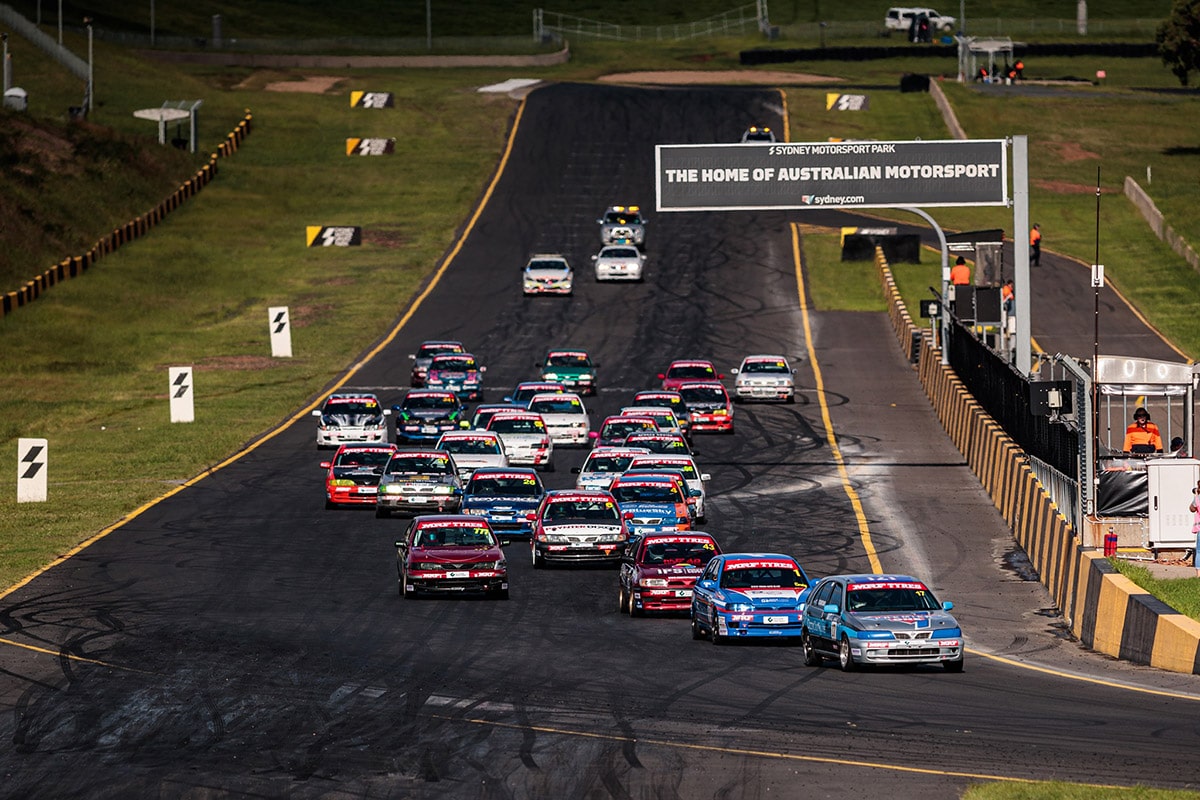 “I spent some time at Oran Park with Mark and on one occasion, he offered me a drive of his Triumph at a track day.

“From that point I was hooked, and I started doing supersprint events at Wakefield Park in my road car at the time, a VN Calais.”

While actively involved in entry-level competition, Denovan said he was also fortunate enough to experience an event higher up the food chain.

“I got to know Richard Mork through one of my work colleagues and I pit crewed for his team at Bathurst in 2000,” he said.

“That was an eventful weekend; he was driving with Steve Williams and it poured with rain for most of the race. But it was very cool to be involved with a team competing in Australia’s biggest and most prestigious race.”

However, Denovan was still keen to enjoy his own participation on the track and purchased a Holden 48-215, fitted with a V6 Buick engine. He competed in club days and supersprints before the car was destroyed in a big crash at Eastern Creek in 2006.

“It was disappointing to lose that car, but fortunately I ended up with a good replacement – the VH Commodore I’m racing currently,” Denovan said.

“I purchased the car from Jeff Brown (it was originally built by Keith Croft), installed a V8 and started running it in supersprints, before progressing to Super TT races at the MRA rounds. It was around that time I became involved with MRA, working with Wakefield Park to co-ordinate entries and categories at those events.

“In 2013, I took full control of the MRA and since then, I’ve continued to work hard at delivering a product to suit the needs of the competitors and one of the proudest moments was the ‘COVID comeback’ meeting we held in June last year. 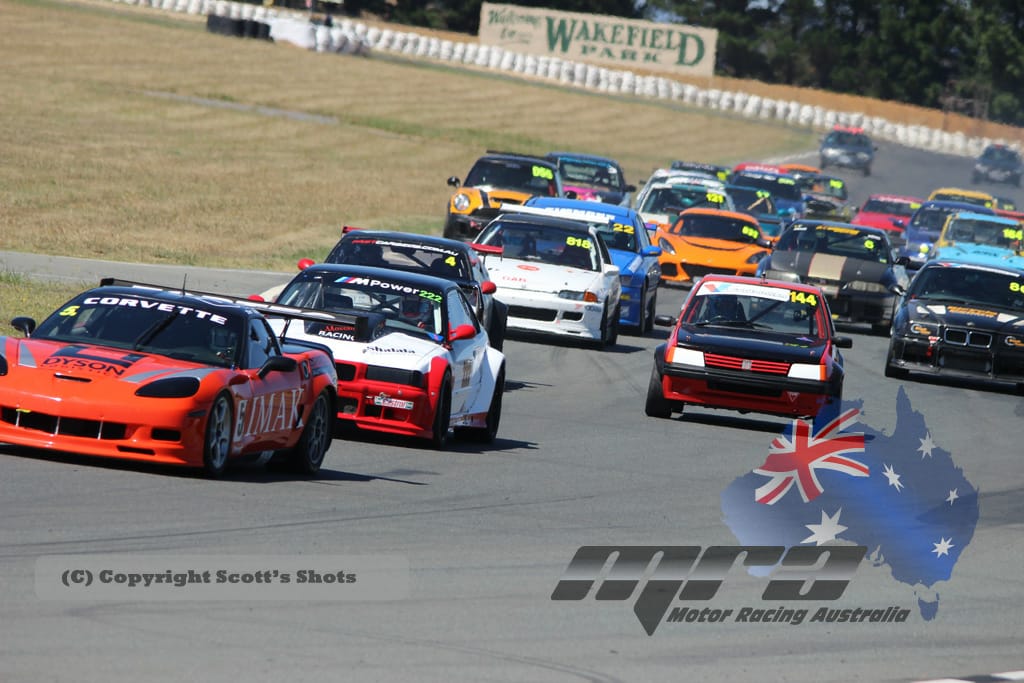 “It was a mammoth amount of work but seeing the smiles on the faces of so many competitors made it absolutely worthwhile.

“I’ve always liked using technology to make things as easy as possible for the competitors, and it turned out some of the processes I developed for things like driver sign-on and vehicle declarations were very useful for creating a COVID-safe environment.”

While Denovan’s passion is for event promotion and management, he still relishes the opportunity to get behind the wheel on occasion. In 2020, he was victorious in the Wakefield 300, an event he had first contested a decade earlier.

“Winning the 300 was awesome; because it’s a long-distance endurance race, it takes a while for all of the strategies and storylines to play out, but it got to a stage where I realised I was in a good position and I said to myself, ‘don’t stuff this up now!’ Fortunately, I didn’t.”

In 2021, Denovan will continue to promote the MRA along with the three-round Australian 1000 series, encompassing the Wakefield, Sydney and Winton 300s. He said the AASA has been instrumental in the success of his events.

“The AASA has always been extremely supportive, but especially when it came to COVID, the support of Steve and the team was instrumental in allowing us to go racing,” Denovan said.

“It was vital for us to have access to people who understood the sport and safety requirements, while being flexible and trusting us to deliver events. The AASA certainly ticked those boxes.”