Motor Events: Budget Endurance Racing for a Great Cause

Get some mates together. Jump on your favourite motoring classifieds website and scrape together enough cash to buy an old clunker. Bolt in some basic motorsport safety equipment, like a roll cage, seat and harness. Hit the track, try and make your pride and joy do as many laps as possible in 24 hours, while simultaneously trying to beat all the other teams that have had the same idea. What could possibly go wrong?

Since the concept of budget-level endurance racing was first introduced to Australia under the 24 Hours of Lemons guise in 2015, the idea has gained a large and loyal following, with enthusiasts all over Australia building suitably specified (cheap and cheerful) machines.

While the 24 Hours of Lemons brand may no longer be active in Australia, other series have filled the void including the AASA-sanctioned Motor Events Racing Series.

Motor Events was the brainchild of Ben McGuire, who created the series in 2019. A motoring enthusiast with a love of long-distance racing, McGuire explained he had a very personal reason for setting up the category.

“My wife is terminally ill, she has a rare form of cancer with no known cure or treatment,” McGuire said.

“My motivation for setting up Motor Events was to facilitate fundraising for research into rare cancers. Any sort of cancer is obviously awful, but having a type of cancer that is not well known or understood is extremely tough. Our aim is to make a positive difference to people in those sorts of situations.

“The best way to raise funds is to create an environment where people can have a lot of fun along the way, which is what we’re doing with Motor Events.”

The events themselves are occurring at venues all over Australia, including Winton Raceway, Mallala, The Bend, Pheasant Wood, Morgan Park and Sydney Motorsport Park. McGuire said there are a variety of formats to suit different people.

“We’re running a mixture of events of different lengths, including some 24 hour races,” he said.

“We’ve also introduced the concept of “inception racing”, which is basically a race within a race. For example, we might be running a two or three-day event, but there might be some teams that are only able to compete on the last day, so they join the field for that day and they compete against the other ‘inception’ teams.”

In keeping with the budget racing concept, vehicles must have a Redbook value of no more than $5,000. Vehicles are divided into classes based on their power output in kilowatts, meaning cars with similar performance levels are racing one another. 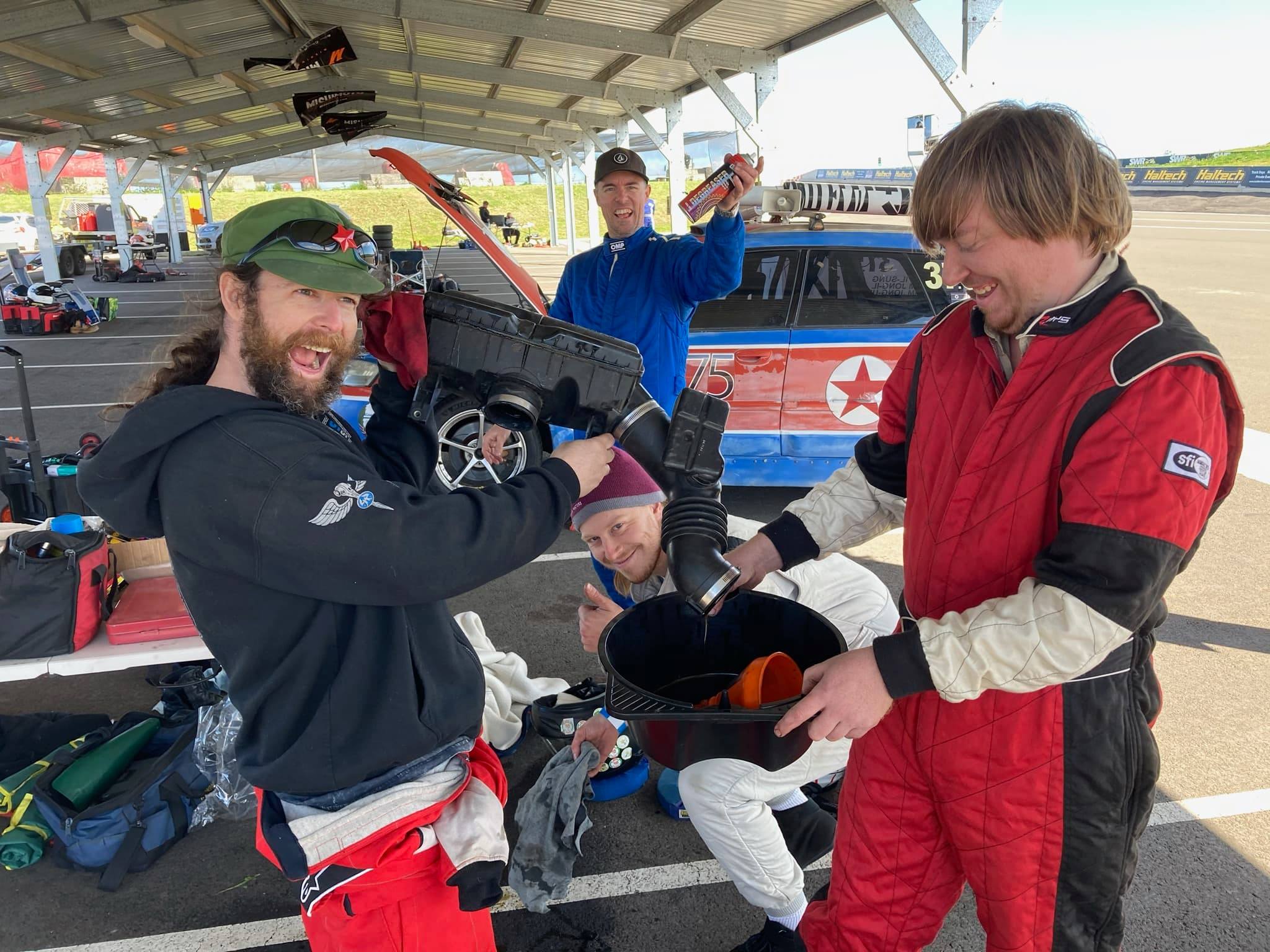 Modifications to components such as brakes, tyres, suspension and engines are permitted, but a points system is used with different upgrades being allocated a specific points value. For example, upgrading to R-spec tyres is worth two points, while engine modifications are worth three points. No car is allowed more than five points worth of upgrades.

While whacky aerodynamics and car liveries are not compulsory, teams are encouraged to apply some creativity to their presentation. The judges at each event present an award to the best-themed team.

Driving standards are strictly enforced, with competitors earning penalties for indiscretions such as car-to-car contact or running off the track. Penalised teams can either participate in a team challenge, or spend time in the sin bin. 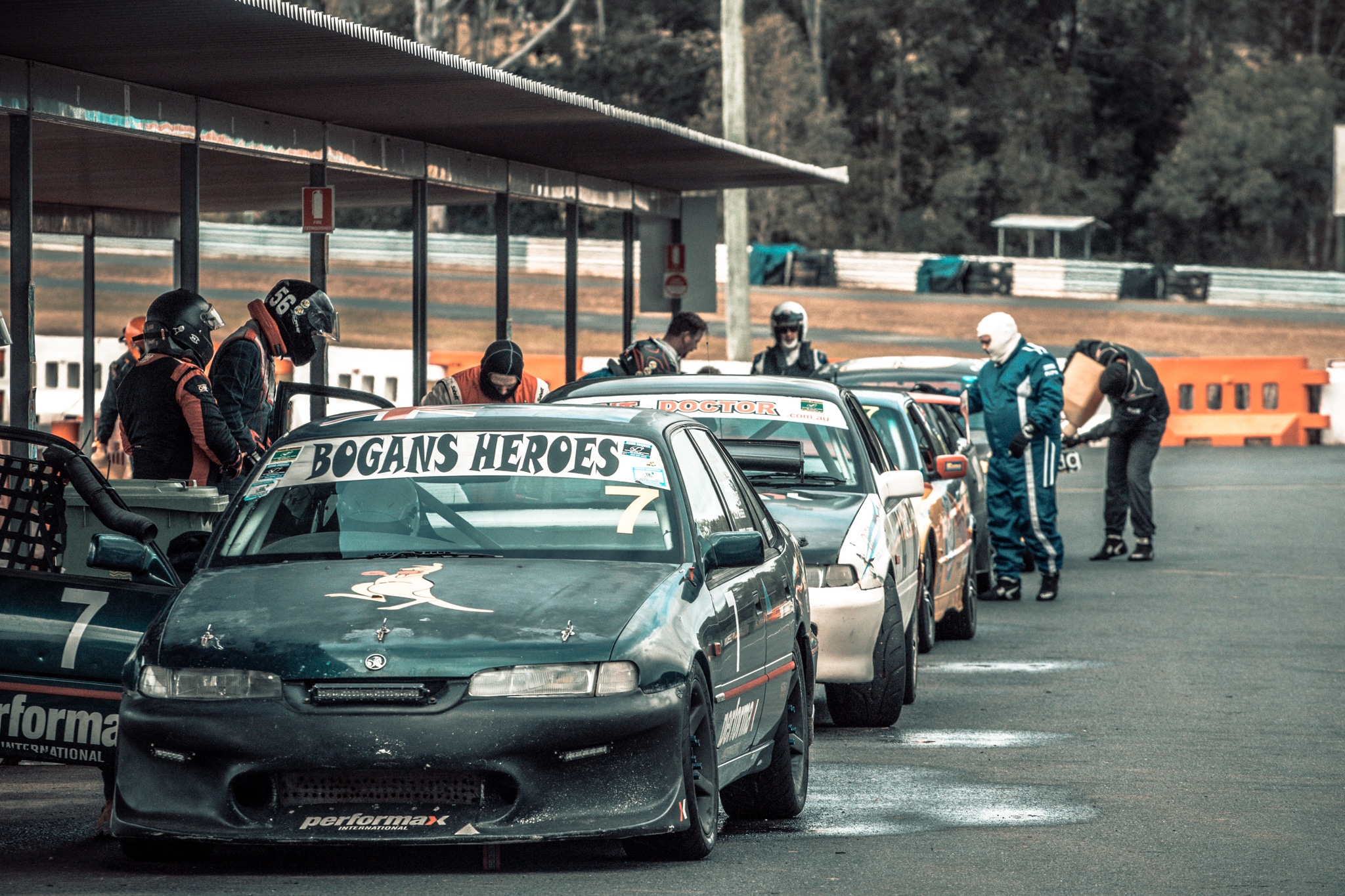 While the 2020 season was COVID-affected, McGuire said he was still able to run some successful events, with 2021 looking far more positive.

“We’ve already had very healthy interest in our 2021 events,” he said.

“When we created the business, we set it up in a COVID-safe manner, to ensure we can still run events even if there are border closures.

“The AASA support has been tremendous in allowing us to create rules and regulations to ensure we have been able to run our events safely, while maintaining the fun factor.”

The next Motor Events enduro will be held at Pheasants Wood Circuit on April 30th to May 1st.