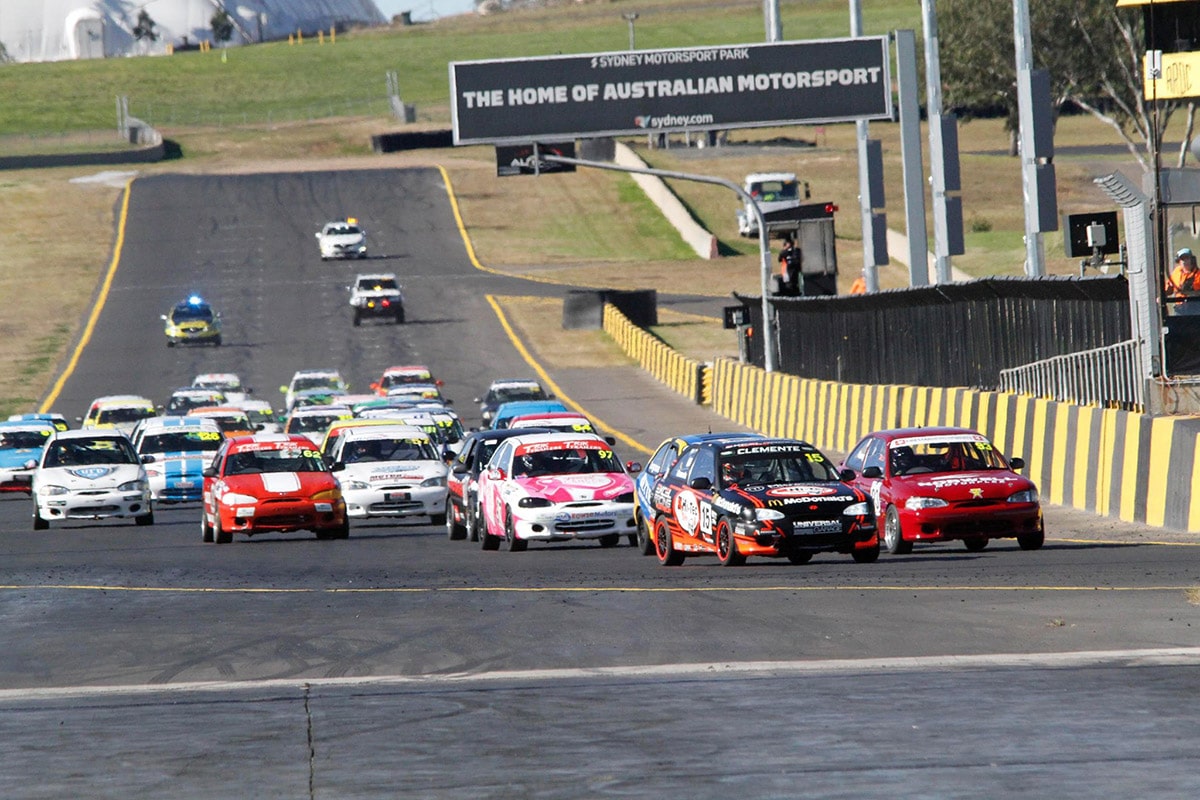 As with the previous round on 13 June, social distancing restrictions were implemented to ensure the race meeting could proceed in a safe and healthy environment for the competitors and the schedule was arranged to avoid too many people being on site at any one time.

MRA Series Manager Terry Denovan said he and the officials were able to make some small refinements based on what they learned from June’s event.

“Our ‘COVID comeback’ race meeting in June was huge, but this one was even bigger,” Denovan said.

“To be honest, our processes and procedures were slightly easier for this race meeting because the restrictions were relaxed slightly, but there were still a few areas where we found ways of doing things a bit more efficiently, such as the ways we sent cars to the marshalling area before each race.

“As with the previous event, we worked closely with the AASA in the organisation of the race meeting, to ensure we were able to adhere to all the necessary protocols. They made it really easy for us to organise the event, and hassle-free for the competitors to hit the track.”

“At the AASA, we’re proud to have sanctioned two of Australia’s first race meetings in the post-COVID era,” Whyte said.

“Thanks to Terry’s professionalism and thorough organisation, both events have run smoothly, safely and been enjoyable for the competitors.”

As club-level events, the MRA race meetings have a tradition of fostering a strong spirit of camaraderie between competitors, something Denovan said was clearly displayed over the course of Sunday’s event.

“We had a new competitor, Sarah Medley in the Mazda MX5 Cup and she said it was the best day of her life,” Denovan said.

“When she arrived at the track, she was having problems with her car, so I introduced her to Tim Herring and he immediately offered to help her out.

“In the end, I think Tim spent so much time working on Sarah’s MX5 that he neglected his own car, but Sarah had a ball – she improved her lap times in all three races.”

While Herring may have been demonstrating his generosity off the track, it didn’t stop him delivering some commendable results on the track; he chalked up a trio of second-place finishes behind his cousin Todd. Matthew Fraser was third outright in each race.

ACT Nissan Silvia driver Ashley Slavkovic was the man to beat in the mammoth 48-car Super TT field, recording a pair of race victories before Benny Tran (Honda Integra) upstaged him in Race 3. Benny’s brother, Jimmy Tran, was also in fine form, recording a pair of third-place finishes in his Honda Civic.

After the success of the previous round, the Pulsar Series adopted the same race format – a pair of 30-minute races. Matt Boylan won the first race ahead of Michael Osmond and Harry Inwood but it was reigning champion Josh Craig who prevailed in Race 2, taking victory ahead of Boylan and Inwood.

The next MRA round will be held at Wakefield Park on 8-9 August.