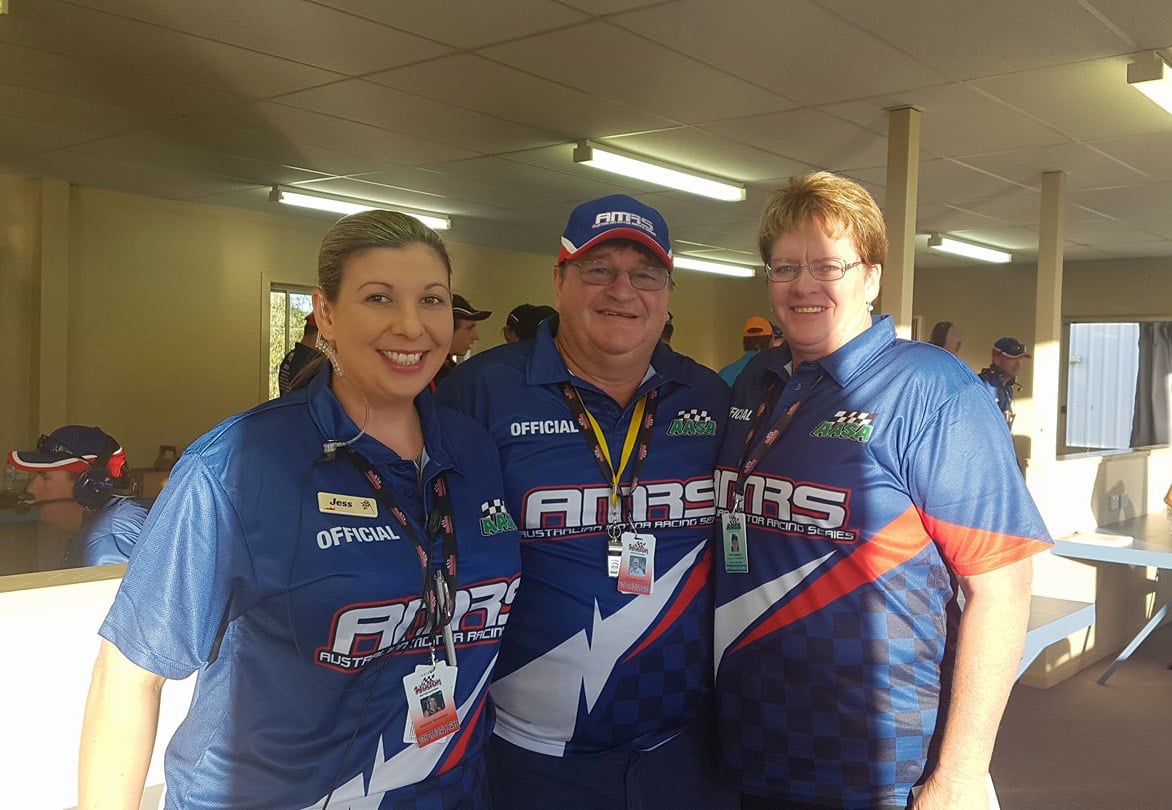 Volunteer officials are the unsung heroes of motorsport events all over the world. Their selfless, tireless actions ensure the safety and enjoyment of the competitors who enjoy the adrenaline rush of racing at high speeds, along with spectators who get to witness the spectacle.

While the efforts of officials are acknowledged and appreciated by the entire motorsport community, what is not so well-known are the different roles and responsibilities of officials at race meetings.

At the AASA, we’re fortunate enough to be supported by teams of dedicated volunteers who generously give up their time on numerous weekends each year, and we caught up with a couple of long-serving NSW officials: Jessica Nicholson and Kate Epplestun. 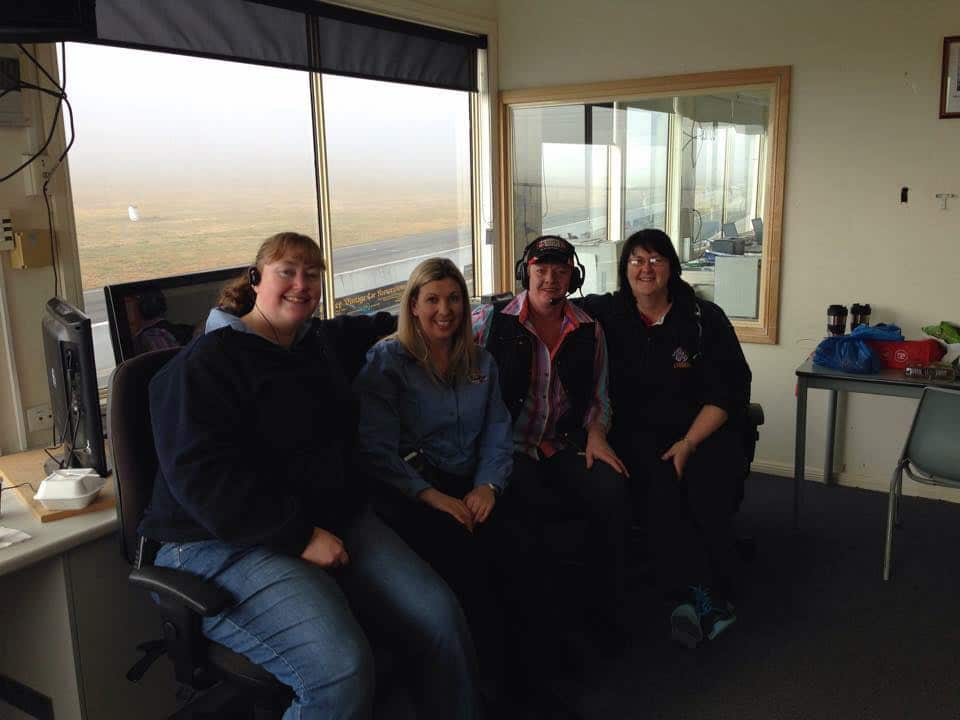 Both have filled various roles since they first became motorsport officials, and have worked their way into senior positions – Jessica is currently the Clerk of Course for many events at Wakefield Park and also travels to other venues, while Kate is Wakefield Park’s Chief Flag Marshal.

“I was a flag marshal for a drift event at Mallala in the early 2000s, and when I moved to Sydney in 2006, I joined a car club to make some new friends,” Jess recalled.

“I started officiating at club events to help out, and 19 years later I’m still doing it!

“It’s very rewarding – it makes me feel like I belong somewhere, and I’ve met lots of people who are like-minded.

“I’m now training others, and that’s satisfying to see people grow as we mentor them – it’s all about teaching them to be able to run safe, successful motorsport events.” 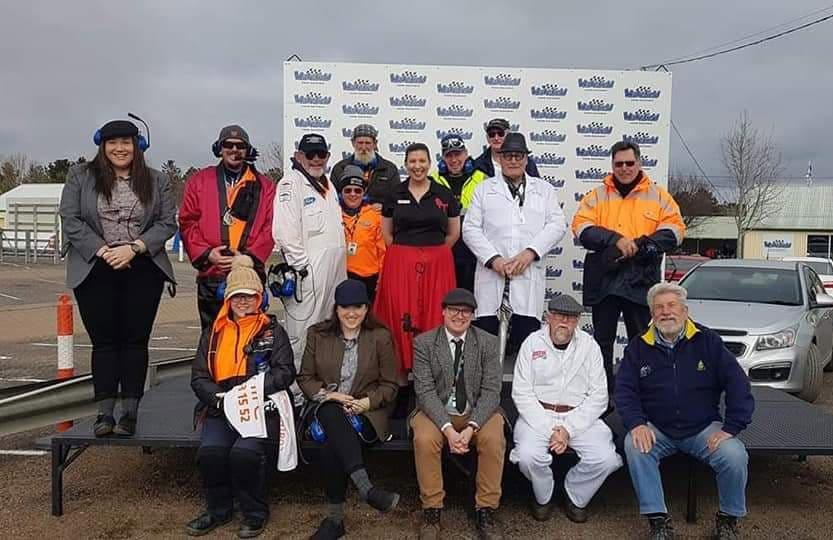 Kate’s officiating career started on the other side of the fence, when she was a spectator marshal at the Gold Coast 600. By chance, she was asked to step into a flag marshal’s role when the race officials required extra assistance, and she has now officiated in motorsport for 12 years.

“Once you take that initial step over the fence, it grabs you… in a good way,” Kate said.

“Once I had that first taste, I was eager to learn more and get involved, so I jumped in head-first.

“12 years as an official isn’t very long compared to some others, and it’s these people with years of experience that I draw inspiration from. Hopefully I have a few more years in me yet; there is still so much to learn and with the ever-changing motorsport rules, I don’t think we will ever know everything.”

With roles that carry so much responsibility, it’s no surprise both Jess and Kate have plenty of memorable experiences and emotional highs and lows to share. However, both of them agree the main highlight has been the relationships they have developed with other people.

“One of the biggest highs has been growing and building our team of officials at Wakefield Park,” Jess said.

“We are a great family, and we welcome all types of people from all different backgrounds. I work with some amazing people at Wakefield Park and I’m very grateful to be a part of that.

“We have a team to be proud of, and we’re growing all the time – we’re not just a team, we’re a family,” Kate added.

“Our Wakefield Park officials come from all over the place: Sydney and surrounding areas, Canberra, the South Coast, Bathurst, Orange and in our case, Grenfell.

I get to do all this officiating with my husband by my side, and our daughter has also recently joined us on this crazy adventure. A weekend at a race track can sometimes be the best escape from reality.” 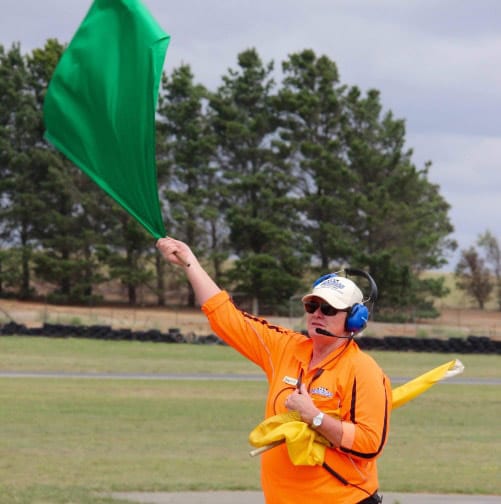 Jess and Kate have some advice for others considering becoming involved.

“My advice to anyone would be to just do it,” Jess said. You will never look back, you will meet some amazing people, and the racing is pretty good as well!

“To have a front row seat to all the action and to be a part of the behind the scene to make a successful event is seriously rewarding. Just turn up at an event or contact the closest track – see if you like being involved and then you can go from there.”

“You don’t really need any experience, because tracks like Wakefield Park will give you all the on-the-spot training and support you need,” she said.

So next time you’re racing or spectating at a race event, think about the hard work that goes in behind the scenes, and maybe even consider becoming involved – it will give you a whole new perspective on how race meetings are conducted.