Six-time Australia Super Truck champion Steven Zammit has prevailed in the opening round of the 2021 Hi-Tec Oils Super Truck nationals held as part of Round 2 of the Wakefield Park Motor Race Series presented by Goulburn Soldiers Club on the weekend.

Zammit qualified on pole position before winning three out of the four championship races, including the final, reverse-grid Super Prix where he charged to victory from the rear of the field.

The only blemish on Zammit’s copybook was Race 3; while battling with Mark Noonan for the race lead, Zammit tagged Noonan and sent him into a spin on the exit of the notorious fish-hook and was subsequently handed a drive-through penalty by the officials. However, this incident was reviewed by the Clerk of Course and the penalty was reserved.

Taking advantage of Zammit’s Race 3 misfortune was Marcus Prillwitz, who scored the race win; Prillwitz’s consistent performances throughout the weekend saw him standing alongside Zammit and Frank Amoroso on the overall podium.

Lachlan Fern ended up as the best of the Light Truck Class runners aboard his Isuzu, while Barry Butwell (Mack Superliner) showed strong pace in qualifying but lost valuable points after his turbo blew in the second race.

The main support act for the trucks was the HQ Holden Hopwood 100. Originally formed to commemorate the life of former HQ racer Peter Hopwood and held each year from 2000 to 2013, the Hopwood 100 was resurrected after an eight-year hiatus. 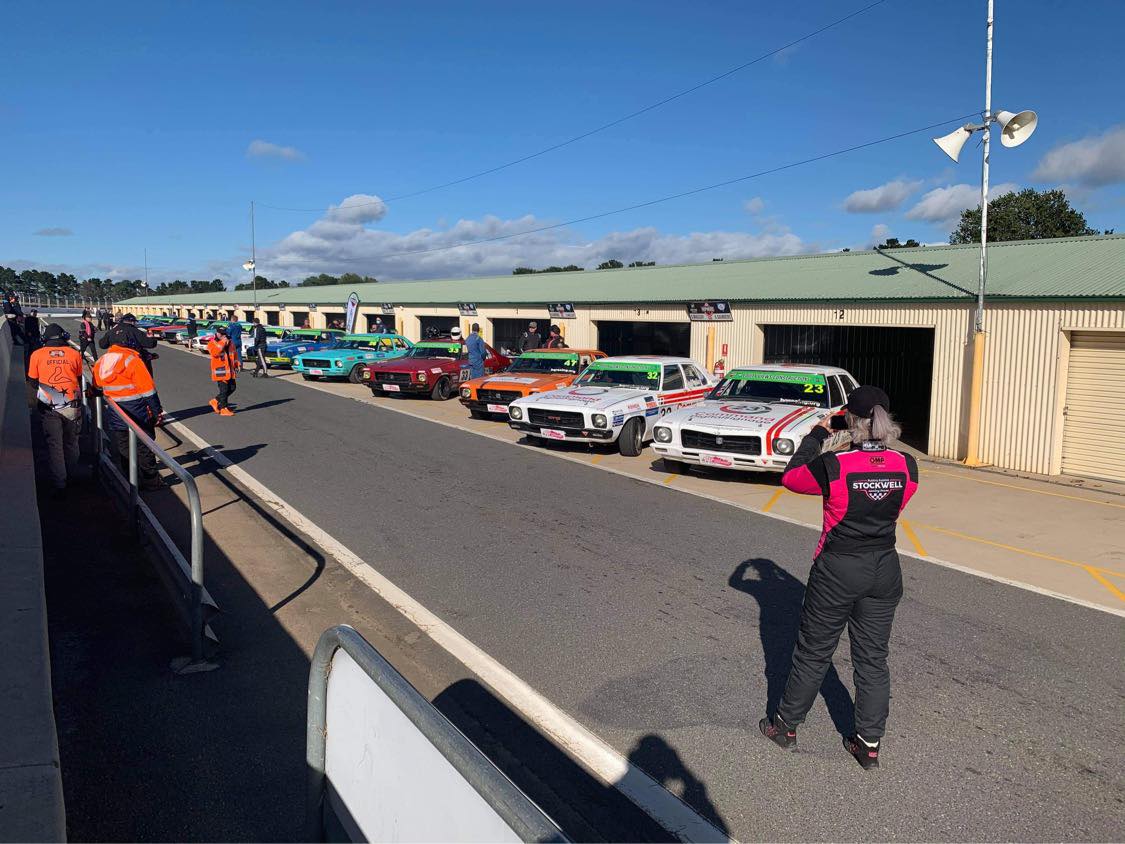 A fast and flawless performance from Brett Osborn and John Baxter saw the former NSW HQ champs recording a comprehensive victory over David Proglio/Matt Barker; Chris Molle was the highest-placed solo driver in third position ahead of fellow solo runner Darren Parker, who gained ground on his rivals with a lightning-fast compulsory pit stop.

The Legend Cars returned to Wakefield Park for five sprint races, with Lachlan Ward taking victory in each race. Ward’s closest challengers were brothers Brendon and Josh Hourigan, the latter showing great pace in a brand-new car. The Hourigan brothers took the fight up to Ward early in each race, while Shane Tate also raced inside the lead pack in the final race of the weekend.

Dunlop Super2 Series racer Zane Morse was entered for the weekend, but did not turn a race lap due to an engine failure on Saturday.

The BMW E36 Series made its maiden appearance as a stand-alone category and the four races did not disappoint, producing some close door-to-door racing and three different winners.

Polesitter Rob Boaden was victorious in the opener, but an off-track excursion caused him to slip down the order in Race 2. Paul Stanbrook took advantage to cross the line first, but was subsequently handed a 10 second penalty for jumping the start, handing the win to Jeffrey Barnes.

Barnes battled fiercely with David Bailey in Race 3 with Bailey taking the win; the duo resumed their battle in Race 4, with Stanbrook and Boaden also joining in the action before Boaden was forced into retirement with mechanical problems.

After several swaps of the lead, Barnes ultimately took first place to seal overall round honours.

The Clubman Series raced on Saturday only, James Dick scoring the round win with a trio of race victories after close competition with Stuart Shirvington, Ivan Srejber and the returning Chris Barry.

The most awkward moment of the weekend happened late in Race 1, when the husband-and-wife duo of Glen Coutinho and Sue Tahir tangled at Turn 10, necessitating an appearance from the Safety Car.

With the race meeting marking the first appearance for the trucks in around 18 months, Wakefield Park attracted a healthy crowd and operations manager Dean Chapman thanked the community for their support of the event. 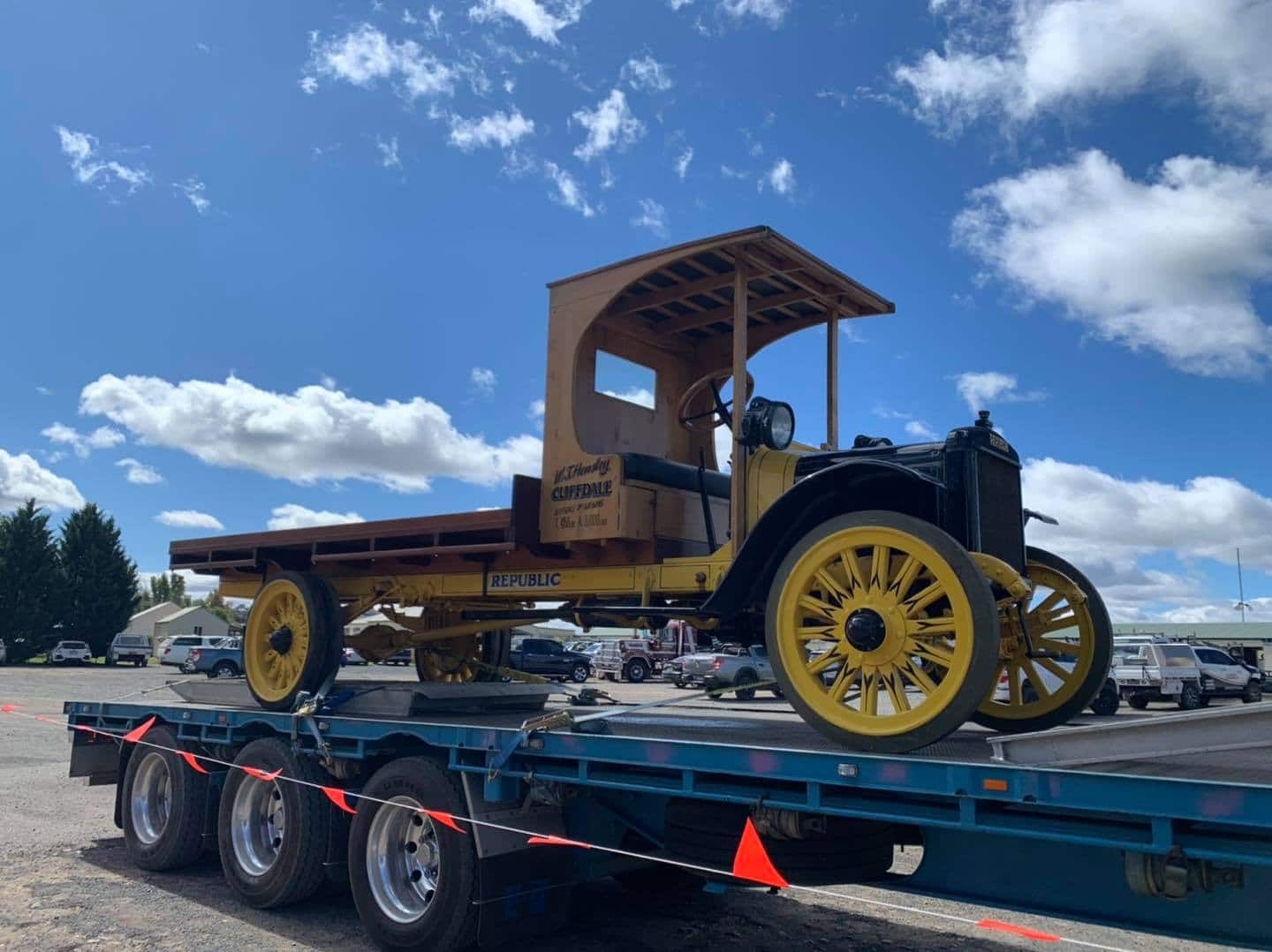 “It was terrific to attract such a large audience, so our heartfelt thanks go out to those who supported the race meeting,” Chapman said.

“I’d like to acknowledge all our supporters, especially Goulburn Soldiers Club who supported us all the way through the COVID period of 2020 and threw their support behind this event as the major sponsor.

“I’d also like to thank our food suppliers for attending the event and as always, our ever-hard working team of volunteer officials.”

Race fans don’t have long to wait until the next event at Wakefield Park, with the Australian Superbike Championship visiting the nation’s spectator track next weekend.