Winton Welcomes AMRS For Round 3

Some of Victoria’s most popular motorsport categories will feature at round three of the Australian Motor Racing Series (AMRS) at the nation’s spectator track, Winton Motor Raceway, this weekend.

While the recent New South Wales border closure has precluded many interstate competitors from participating in the race meeting, healthy support from the local Victorian teams has enabled series management to proceed with the event.

Categories on the program will be the enthusiast-focused Thunder Sports and Victorian Sedan Series classes, along with thoroughbred open-wheelers in Formula 3, exotic sports cars in the Super GT category and small, motorcycle-powered vehicles in the Miniature Race Car Series.

AMRS Series Manager Matt Baragwanath said the response and enthusiasm from Victorian competitors has been terrific.

“We’re continuing to battle the challenges of COVID-19, with border restrictions and lockdowns, so we’re pleased to be able to deliver an event with generous track time for our predominantly Victorian and South Australian-based competitors this weekend,” Baragwanath said.

“The camaraderie between the local drivers and teams is very strong and the common theme is they just want to go racing.”

Since its inception back in 2019, the Thunder Sports category has proved popular with racers who like to spend time in their sheds tinkering with their race cars, and with many of its competitors based in Victoria, it has been able to attract a healthy field this weekend.

2019 Champion Mark Tracey will be the firm favourite in Thunder Sports aboard his E36 BMW M3; while Tracey’s chief rivals Cory Gillett and Stephen Chilby will unfortunately miss the round, other such as Jason Lee (E46 BMW M3) and Peter Ryder (Nissan Silvia) should be able to take the fight up to the Albury-Wodonga driver.

As an added bonus for the Thunder Sports competitors, Saturday morning’s qualifying session will be followed by a Top 5 Shootout, which will determine grid positions ahead of the weekend’s four races. 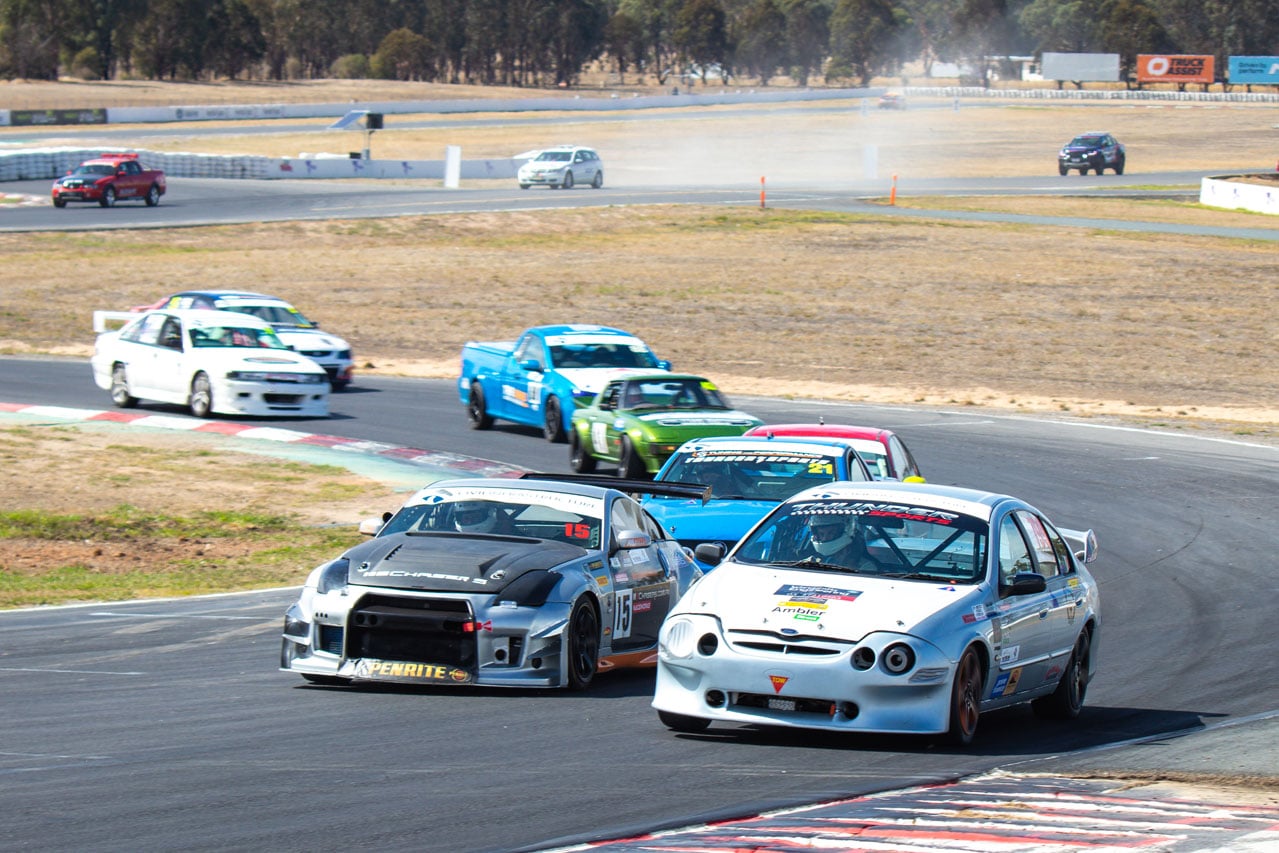 In the Victorian Sedan Series, Michael Rice will finally get to race his V8-powered VT Commodore after a two-year build process, while other entrants in the category include Steve Baird in his distinctive and beautifully-presented 1962 Ford Falcon (powered by a Windsor V8), the BA Falcon of Mick Pettit, six-cylinder VN Commodore of Damian Sullivan and the spectacular twin-turbo Nissan 300ZX of Ran Maclurkin, who currently leads the points in the Extreme Class.

The border closures have resulted in the Australian Formula 3 Championship electing to run a non-points round, but the category has still attracted an eight-car field including promising young gun Ben Taylor, whose entry is overseen by open-wheel ace Tim Macrow.

In Super GT, Porsche is the manufacturer of choice with experienced GT and sports car racer Dean Koutsoumidis will pilot the John Morriss-owned Porsche 991 Mk2 GT3 Cup machine. As well as amassing vast experience in Australian categories, Koutsoumidis has also experienced the thrill of racing an LMP2 car, competing in the Asian Le Mans Series where he finished second in the 2015-16 championship.

Other Porsche pilots on the entry list include debutant Brett Gallagher, who will drive for the Mornington Peninsula-based EuroCars Road and Track outfit, while Ashley Seward Motorsport driver Terry Knowles (991 Mk1) is also set to join the field after some impressive performances in the Porsche Michelin Sprint Challenge in his rookie racing season.

The program is rounded out by the Miniature Race Cars which will see a number of local drivers taking part, including Matt Thewlis in the HQ Holden Mini Muscle Car.

Spectators are permitted to attend the event, and must buy tickets online at